I only have 7 ingredients for my creamy potato salad. And I NEVER put pickles or onions in mine. That’s just wrong!

My 7 ingredients are: Potatoes, eggs,  bacon, celery, mustard, mayo, and Salad Supreme Seasoning. These 7 yummy things makes a great potato salad. But don’t eat it that often because it is very high in calories and the egg yolks aren’t so good for your arteries. But it’s great for a special event. I like to use either red, new potatoes, or Yukon Gold potatoes. Both just seem creamier to me.

If I use the red, new potatoes, I don’t peel off the skins, ever. But sometimes I do with the Yukon Gold, if I’m not feeling too lazy. (or if I can get the hubs to peel potatoes for me I’ll do it every time!) haha.

Potato Salad Ingredients List:
13 to 15 small and medium potatoes cut up into bite size chunks so it fills a big salad bowl
7 eggs (boiled with the potatoes, then chopped up)
1 1/4 cups of good quality mayo (Best Foods or Hellmans)
3 Tablespoons regular French’s Mustard
4-5 pieces of bacon cooked and crumbled
3-4 stalks of celery finely sliced (I like that bit of crunch)
5-7 shakes (to taste) of Salad Seasoning (about 2 teaspoons)

Seasoning salt and pepper if you need more flavor. Mix the cooled potatoes in with all the other ingredients and add seasonings. Top with a few shakes of parsley flakes. Refrigerate before serving.

Well, we have the Sunday Night Football going on at my house, and it is going STRONG! My daughter and her husband both have fantasy football teams too. It’s another year of my favorite fall sports.

Over the loudspeaker Friday morning at school our principal played the BYU fight song instead of the school song. It was so funny because it took me a few minutes to realize what song was happening. I thought at first it must be a mistake….. it was pretty funny. There are football rivalries that run high in my community!

HERE is a cute Football Player Printout. that gave me the idea for these cute football outfits the kids made. 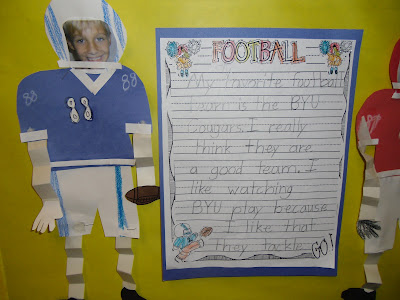 I loved this cute football player out of felt. But it could just as easily be construction paper.  Here are some of the ones we did last year. The paper legs were just out of newsprint. The kids pictures are inside the helmets. And of course, they did their favorite team’s jerseys and cheer outfits and then wrote about their favorite teams. But HERE are some of my favorite football snack recipes. Gotta love a good pig in a blanket right? 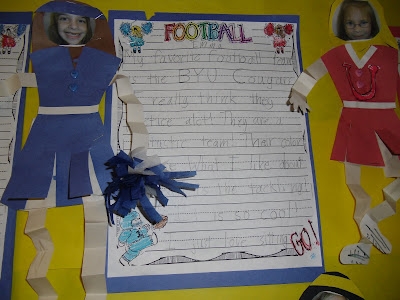 Lots of BYU BLUE represented for sure!  Rise and Shout the Cougars are OUT! 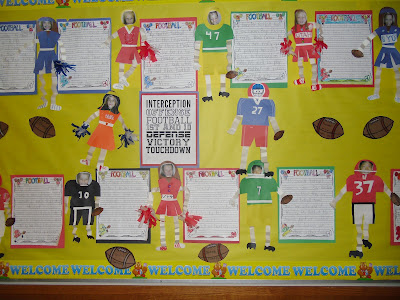 One more thing I found that I thought would be a fun thing to do for my grandkids to keep them busy during the games coming up. They love to color and cut out things like paper dolls. So how about a paper football player? Maybe in team colors! Making Friends.com has the download.

I played around decorating some cute Halloween Cupcakes for a party I was going to. 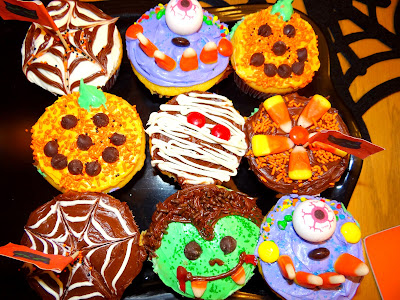 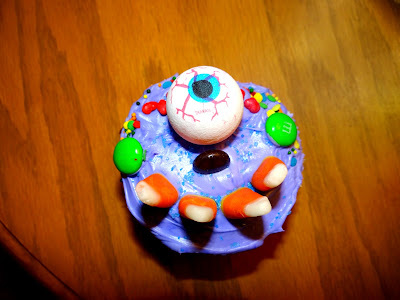 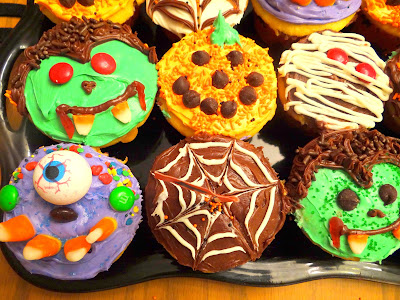 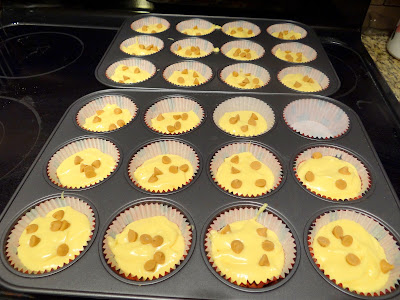 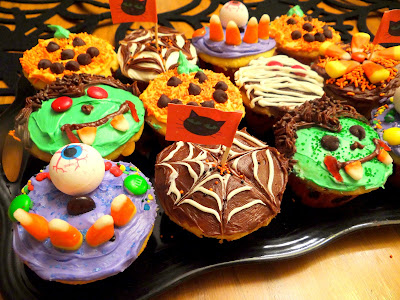 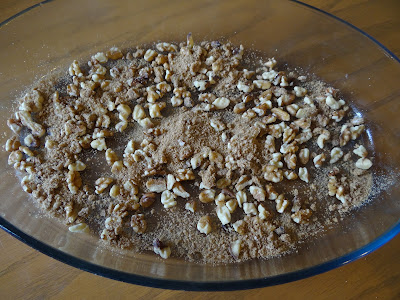 Then after mixing up the cake mix….I decorate that nutty, sugary pan with the rings of pineapple…. 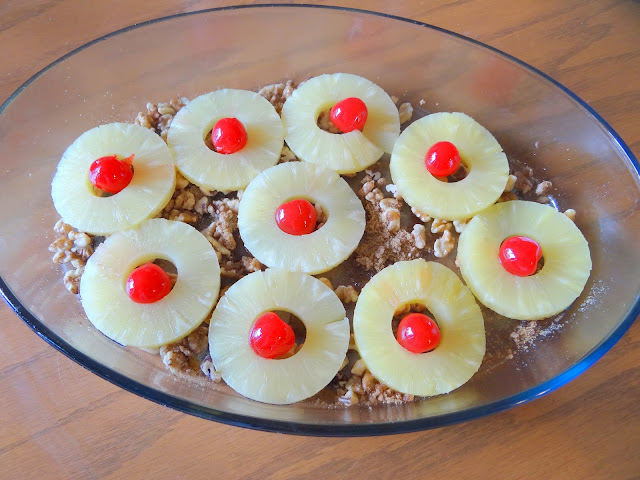 Then dot the insides of the pineapple with marachino cherries.  They add the really pretty touch to the dessert. Then pour the cake mix on top and bake for 30 to 35 minutes on 350.  It is super easy!